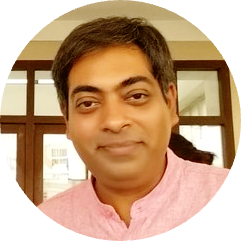 Europe is huge and there are far too many exotic destinations to choose from – Germany, Italy, France, Hungary… the list goes on endlessly. But while we may aspire to visit all these places, we don’t have all the time in the world to cover all of Europe (wish we could!).

We had been looking forward to a proper foreign trip since quite some time now. Although Thailand, Singapore and Dubai trips were great, but the heart desired to experience a totally new culture and place this time. So when my friend Ravi mentioned Europe in one of our conversations, we immediately set our compasses westward. Europe is huge and there are far too many exotic destinations to choose from – Germany, Italy, France, Hungary… the list goes on endlessly. But while we may aspire to visit all these places, we don’t have all the time in the world to cover all of Europe (wish we could!). So the discussions and debates continued. Distances were measured from one city to the other. Route maps and weather tables emerged. Eventually, we were able to quickly narrow it down to Austria and hoped to dedicate one day to a cool place in Germany.

This is the final list of places that we shortlisted –

We planned to start our trip on 30th August and end it by 7th September. That gave us 8 days and 9 nights to plan for. Selecting dates before the actual places helps to narrow down options based on weather and other uncontrollable conditions such as availability of transport and hotels. Heavy rain was expected in a few places – so those were obviously out of the equation.

Location – Austria and Germany
Days – 30th August to 7th September (8 days 9 nights including travel time)
Tentative cost (for a couple without kids) – approx. INR 4 Lacs (all inclusive) – 5,600 USD
Places covered –
1) Vienna
2) Innsbruck
3) Mittenwald (Germany)
4) Zell am See
5) Salzburg
Rest of the places are in Austria
Travel schedule –
• 30th August afternoon – Flight from Delhi to Vienna – via Istanbul (2 hours layover at Istanbul airport)
• Stay at NH Vienna airport convention
• 31st August morning after breakfast – dropped luggage at Vienna Hauptbahnof luggage dropoff center
• Took Big Bus tours and took a round of the city
• Visited Schonburnn Palace on 31st afternoon
• Back to HauptbanTrain from Vienna to Innsbruck
• 31st August evening – checked into Hotel Austria Congress
• 1st September morning – boarded Steam train from Innsbruck Hauptbahnof to Maurach – took cable-car from Maurach to Zeespritz enjoyed lunch at Zeespitz with beer and back to Insbruck HBF same day.
• 2nd September – checked out of hotel and boarded train from Innsbruck Hauptbahnof to Mittenwald – had lunch at Mittenwald – on the way back stopped at Seefield for an hour.
• Continued train journey to Zell am See – reached at around 9 o clock in the evening and checked into Pension Schmittental in Zell am See.
• 3rd September – After breakfast at the Schmitental, used Kaprun card to travel in bus to Kaprun – cable car from Kaprun to reservoir – hydro power station – enjoyed lunch at Kaprun. Returned to the pension in the evening after sightseeing and a lot of photos
• 4th September – checked out of the pension after breakfast in the morning and used Kaprun card to visit the zoo at Zell am See. Had lunch and beer at the restaurant near the zoo. Caught the evening train from Zell am See Bahnof to Salzburg – reached Salzburg at around 4’oclock in the evening. We had booked a homestay in Salzburg where we dumped our luggage and went for a stroll in the old city area.
• 5th September – Took the morning bus to Panaroma Sound of Music tour. Spent 4 hours in and around Salzburg absorbing the beautiful scenery and the entire tour. Spent the evening again in the old city area and had beer with dinner near the birthplace of Mozart.
• 6th September – Took the morning train to Vienna Airport Bahnof and checked into NH Airport convention centre after seeing off my friends at the airport. We had the whole day to ourselves so went to the Museums Quartier area to visit NHM museum.